More than 25 years of experience

St. Joseph Children’s Home was founded in 1988, when the Roman-Catholic Congregation Holy Childhood Sisters decided to build a home for abandoned, abused, neglected and orphaned children in the rural community of Mbongolwane, South Africa. In more than 25 years of work, hundreds of disadvantaged girls and boys – often HIV positive – found a substitute family with sisters and child careworkers, who look after “their” children 24 hours a day. Project founders were Sister Gottlinde, Sister Lucella and Sister Elkana. The latter, now 88 years of age, is still working in the children’s home. 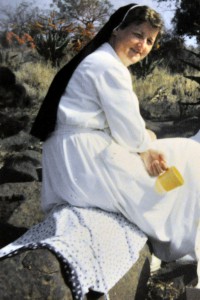 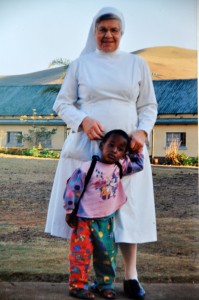 Sister Elkana, founder and still on duty in St. Joseph 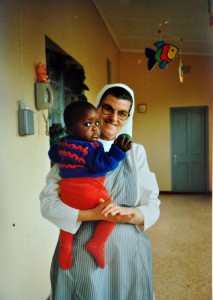 Sister Lucella, member of the founders’ team in 1988 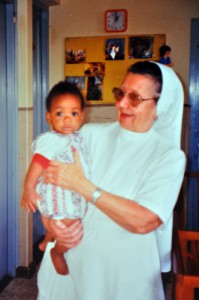 Sister Gottlinde, member of the founders’ team in 1988

St. Joseph is based on a Mission Station, founded by Benidictine missionaries in 1914. The Holy Childhood Sisters started working in Mbongolwane in 1959. Today, there is St. Joseph church, a catholic convent, a crèche and a sewing center on site. A hospital, founded by the missionaries, has been taken over by the government in 1978. In 2014, St. Joseph Children’s Home was newly renovated and officially recognized as a Non-Profit Organisation (NPO). Since then, it operates under its new name St. Joseph Child and Youth Care Center. It provides a safe environment for up to 30 children between the age of 0 and 12 years.